Busy as ever making new treasures for the shop.

David’s birthday present this year was a Kindle, Kindle  books, and a Kindle case and accessories kit. It was a bookish sort of birthday. The Kindle case came out really well. The hardcover book was a beauty dug from a library sale pile, the felt a thrift store find. The rest of the materials—elastic, hot glue, E600, and cardboard—were purchased from the craft store or repurposed. The stand is a repurposed brass plate rack.

A friend of mine gave me a great big bag of these “wild” pears, or sand pears as I’ve heard them called. I didn’t know what they were but after waiting a week for them to soften up and not getting anywhere much, I Googled them and found out that they don’t ripen the same way as pears from the store. And that they’re particularly good for baking and cooking.

So I set out to try a pear pie recipe and to make “pearsauce” (the pear version of applesauce). In the process I discovered that I was out of white flour, so while I’d not willingly make a whole wheat crust, this is what this pie had. And it turned out rather good, even.

Another pioneering triumph. I love friends who distribute home grown pears so freely.

There are few things more magical than making fairy dolls with little girls.

I followed a tutorial online, with modifications of our own, of course.

Welcome to my blog! 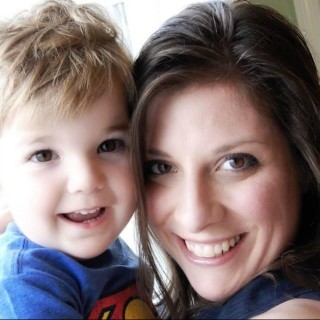